Posted by Kent Krause at 8:39 PM No comments: 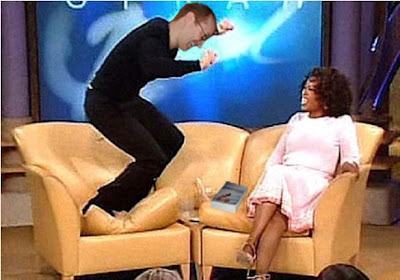 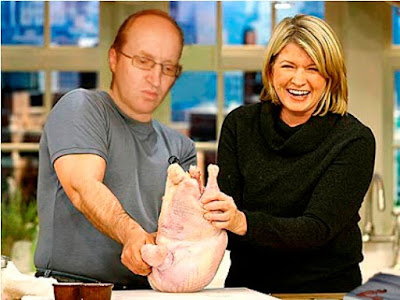 A fowl encounter with Martha Stewart.
"The All-American King: It's a good thing."
Posted by Kent Krause at 9:29 AM No comments: 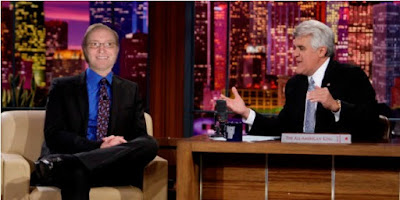 "The rumor going around town is that a big name director has signed on for the movie version of The All-American King. So, what I want to know is who's going to play Dave King? Is it Affleck? Damon? Bradley Cooper? Come on Kent, tell us what you know."
Posted by Kent Krause at 6:03 PM No comments: 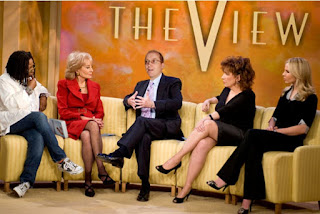 Chatting with the ladies of The View. Today's hot topic, The All-American King.

"This book is about a modern-day King David? So what? Who cares?"
Posted by Kent Krause at 10:58 AM No comments: 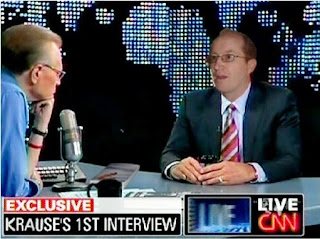 "Tonight, exclusive, Kent Krause, his first TV interview about his novel, The All-American King. He'll be here the whole hour to talk about a modern day King David who plays football. Your calls and questions all next on Larry King Live."

4) Rudy - The movie that put Vaughn and Favs on the map.

3) The Break-Up - A bit darker and a lot funnier than the typical romantic comedy. Vaughn and Favreau's bar scenes are great.

2) Made - Vaughn is such an obnoxious "tall drink of water" in this one. But that's what we love about him.

1) Swingers - The classic is still money.
Posted by Kent Krause at 1:00 PM No comments: 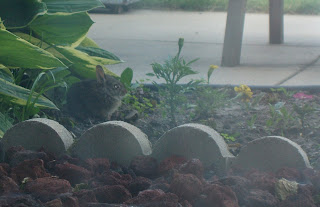 I used to watch college basketball all the time. This year, not so much. I watched only one game all season (ISU-Nebraska). That didn't stop me from entering an NCAA tournament contest to win free food from Old Chicago. Why let something like complete ignorance keep me from joining the millions of other sports fans who fill out brackets each March?

At some point while making my picks, I realized that I can't name a single player on any of the 65 tournament teams. Amazing, considering that for several years I had season tickets to the ISU Cyclone games at Hilton Coliseum.

Who is my pick to win it all? Villanova. Why, you ask? No reason. That's just who I picked.

So now I'm hoping that Villanova's star player [insert appropriate name here] and his talented teammate [insert name] score lots of points and bring home the national title for their great coach, [insert name]. Go Wildcats! They are still the Wildcats, aren't they?
Posted by Kent Krause at 10:21 AM No comments:

The end of the world as we know it

Just watched 2012, so now I know all about the cataclysms that will befall this planet in a couple years. The movie stars John Cusack, Amanda Peet, Danny Glover, and the kid who plays young Shawn in Psych. Oh yeah, Woody from Cheers is in there too.

My review of the movie: Though cheesy, cliched, and cartoonishly unbelievable at times, 2012 is a great ride. The destruction scenes are spectacular and the story is entertaining. Perhaps my biggest criticism is that by the third act the plot becomes a modern retelling of a familiar Bible story. That's just silly. Who would do that? Nonetheless, the movie is so much fun, I gotta give it a thumbs up.

Still, I wonder if Cusack could have prevented all that solar flare devastation by holding up a boombox to deflect away the sun's rays.
Posted by Kent Krause at 2:32 PM No comments:

Man of a Certain Age

This morning during a yawn, I arched my back into a stretch. You've probably done this yourself. You know, one of those stretches with arms raised and shoulders back. Anyway, while doing this, I felt a stabbing pain in my back, like someone had thrust a knife into my left lung. Movement was difficult for a few seconds. Though I eventually recovered a nearly full range of motion, a knot of dull pain remains in that area of my back.

So I have now reached the age that I need to do warm up stretches before I stretch.
Posted by Kent Krause at 4:49 PM No comments: 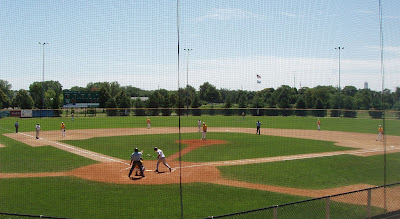 Posted by Kent Krause at 5:09 PM No comments:

Tonight begins the final season of Lost. Last season’s finale ended with a hydrogen bomb explosion and left us with many unanswered questions . . .

Did Jack’s plan to set off the H-bomb actually reverse the course of events that led to the crash of Oceanic 815?

Did anybody die in the explosion? If so, will Hurley be able to see them?

What does the death of Jacob mean? And will his nemesis (now appearing as Locke) bring good or evil to the island’s inhabitants?

Just how old is Richard, and why doesn’t he age?

How many funny nicknames will Sawyer come up with this year?

Will Charlie come back with his three hobbit friends: Frodo, Sam, and Pippin?

How tall is Walt now?

Will the Oceanic 815 survivors meet up with Gilligan and the other folks from the S.S. Minnow?

Tune in to ABC tonight to find out the answers . . .
Posted by Kent Krause at 1:11 PM No comments:

A new season of 24 is underway. There are plenty of new characters, but which ones will survive the season? Below is my estimation of their chances:

Brian Hastings: He should learn to trust Chloe. He probably survives, but his mistakes will cost lives. 75%

Farhad Hassan: He’s already revealed himself as a bad guy and early villains don’t last long on this show. 10%

President Omar Hassan: You may remember him as the game show host in Slumdog Millionaire. I hope he makes it to the last episode, so he can point to a battered and bloody Jack and exclaim, “What a player!” 80%

Freddie Prinze Jr. (Cole): Bad things usually happen to guys who hang around with Jack. He may survive, but he loses one or more body parts along the way. 60%

Starbuck (Dana): Does this mean that Cylons have infiltrated CTU? Either way, Katee Sackoff is a survivor. 90%

Dom from Entourage (the angry cop): Guys who beat up Jack usually die, but I think he just quietly fades from the story. 85%

Percy from The Green Mile (Davros the assassin): Jack has already killed him, and this guy will stay dead! 0%

Jack’s granddaughter, Teri: Not only does she survive, but she saves her mom (Kim) from a mountain lion attack after they land in LA. 100%
Posted by Kent Krause at 11:12 AM No comments:

I was recently interviewed by Cathy Bryant for her Christian fiction blog, WordVessel. This interview (posted January 12, 2010) is available at the link below:

Before and during the writing of my first novel, I studied several books on how to write fiction. The list includes Writing for the Soul (Jerry Jenkins), On Writing (Stephen King), Bird by Bird (Anne Lamott) and The First Five Pages (Noah Lukeman). I also read scores of useful articles in The Writer, a magazine I’ve subscribed to for eight years. All of the above provided invaluable lessons and advice as I wrote The All-American King.

Now halfway through my second novel, I’m finding it beneficial to consult my old “teachers” again to make sure I’m still following their sound instruction. This review not only refreshes my knowledge of the craft, it also renews my enthusiasm for the writing experience.
Posted by Kent Krause at 9:37 PM No comments: