Have you ever thought about your favorite team’s all-time greatest players? Of course you have. Me too. In fact, I have selected the best ballplayers, by position, for all 30 of the major league franchises. Click on the links below to view the teams. 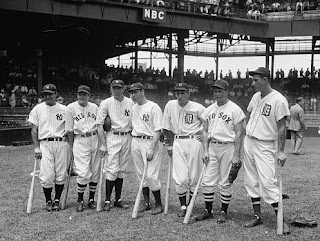 When selecting players, I followed the following rules:
Exceptions to the five-year requirement in Rule # 1: